On my last visit to the São Miguel island, the Água D’Alto beach welcomed us with open arms. The day was gray and of small waves. But there was just us and a group of local surfers in the water.

When I surf away from home, I have a simple rule, the same one I like to be respected when someone foreigner surfs on my beach: respect the local surfer! So while the waves were best left to the beach, the “bumps” in the middle of the beach were just fine and left smiles on our faces. 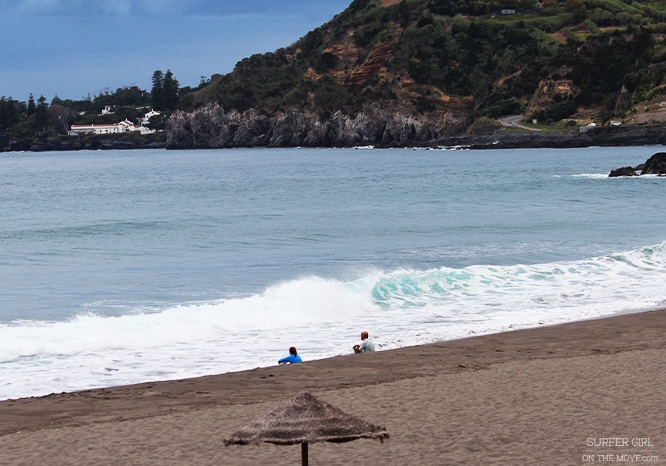 A zen moment before the surf 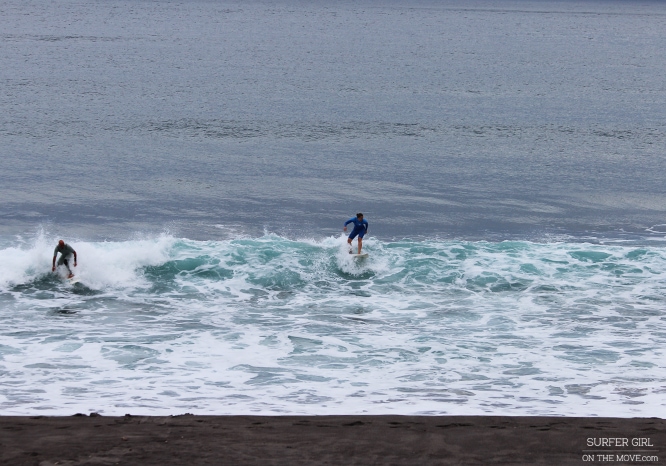 A drop in on your boyfriend doesn’t count …;) 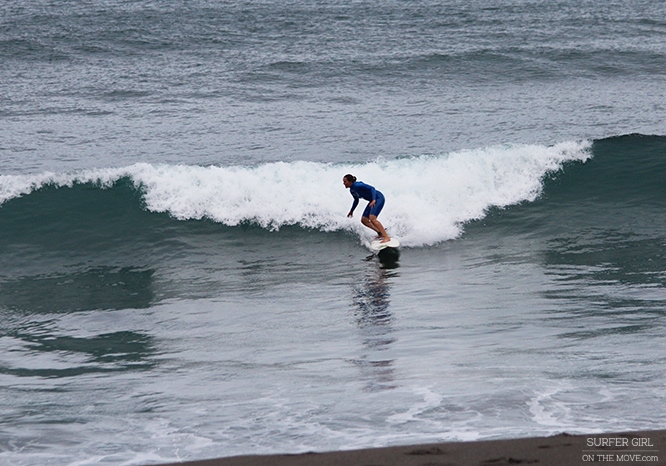 Sometimes, small waves are worth as much as the big ones 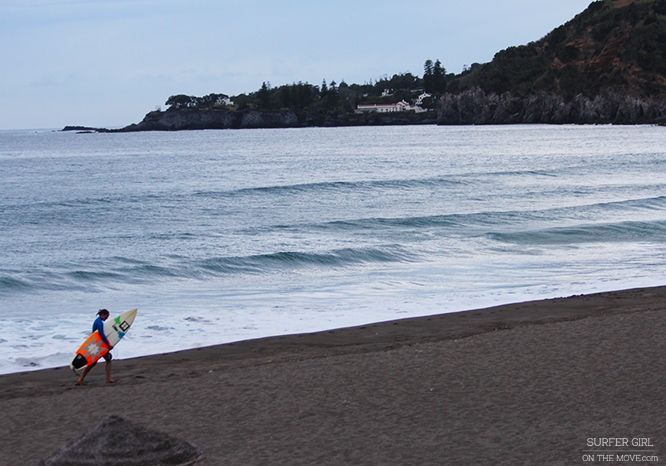 The next stop on this trip was at the main beach of Ribeira Grande: Santa Barbara.

Unfortunately, I have no photos of that session, but no one takes my mind of the nearly two hours I was in the water, laughing at each wave caught. A come back for sure.

Have I said that the water in the Azores is hot? … just saying … 🙂

We tried another wave in this Azorean island — the Monasteries. Here I stayed on the sidelines, but had a good representation. 😉 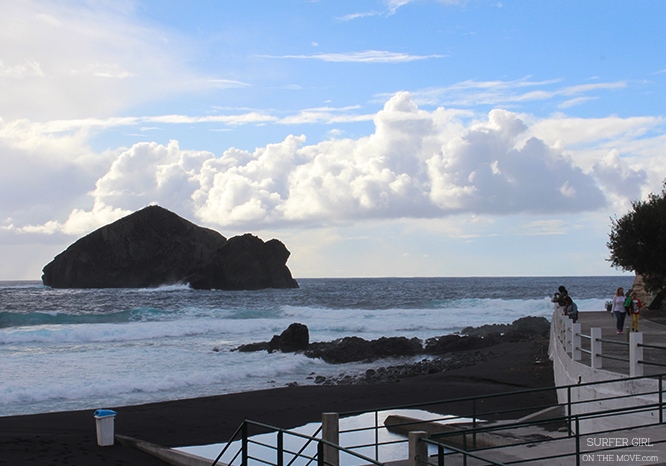 Monasteries are very popular in high season … glad that I went of season! 🙂 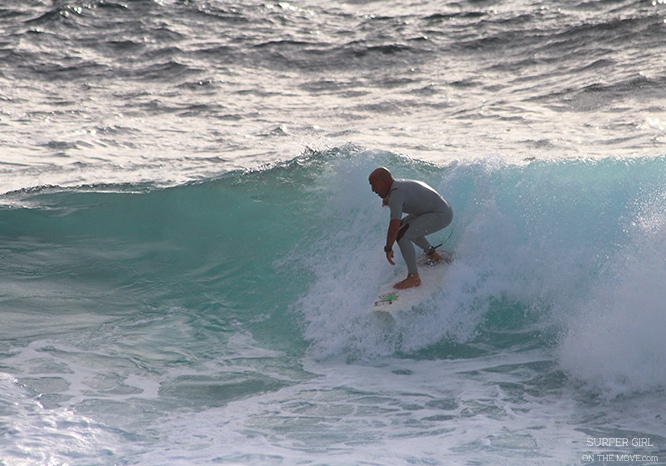 Right position, at the right time 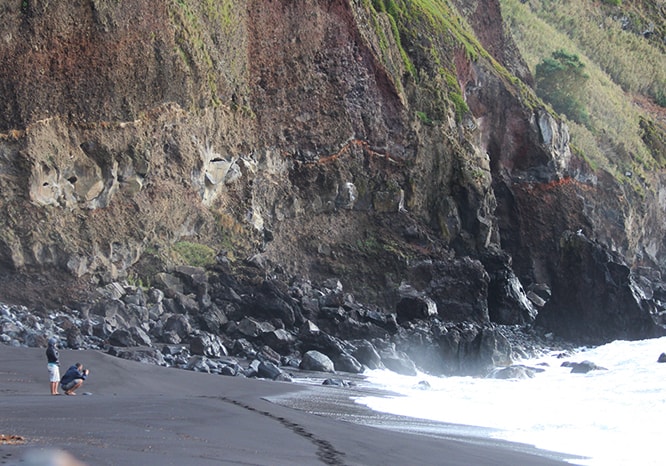 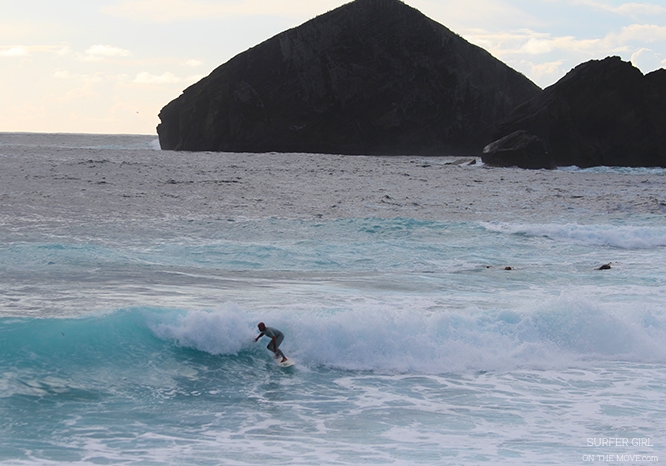 Surfing with this scenario…

Know any more worthy beach to put the board in the water in the Azores? Leave the tip in the comments box below!

EASYJET SNEAKERS — A GUIDE TO YOUR FEET » 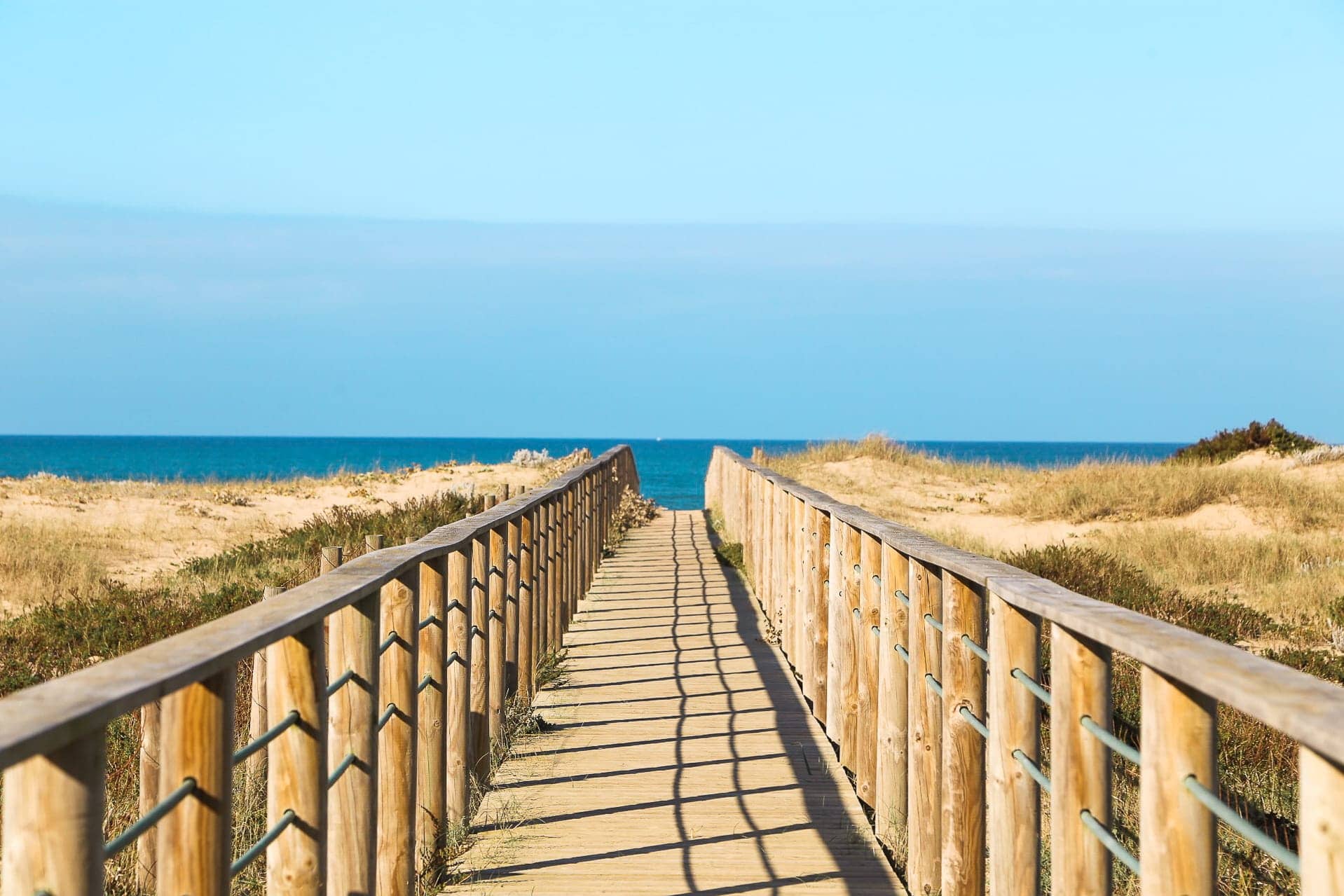 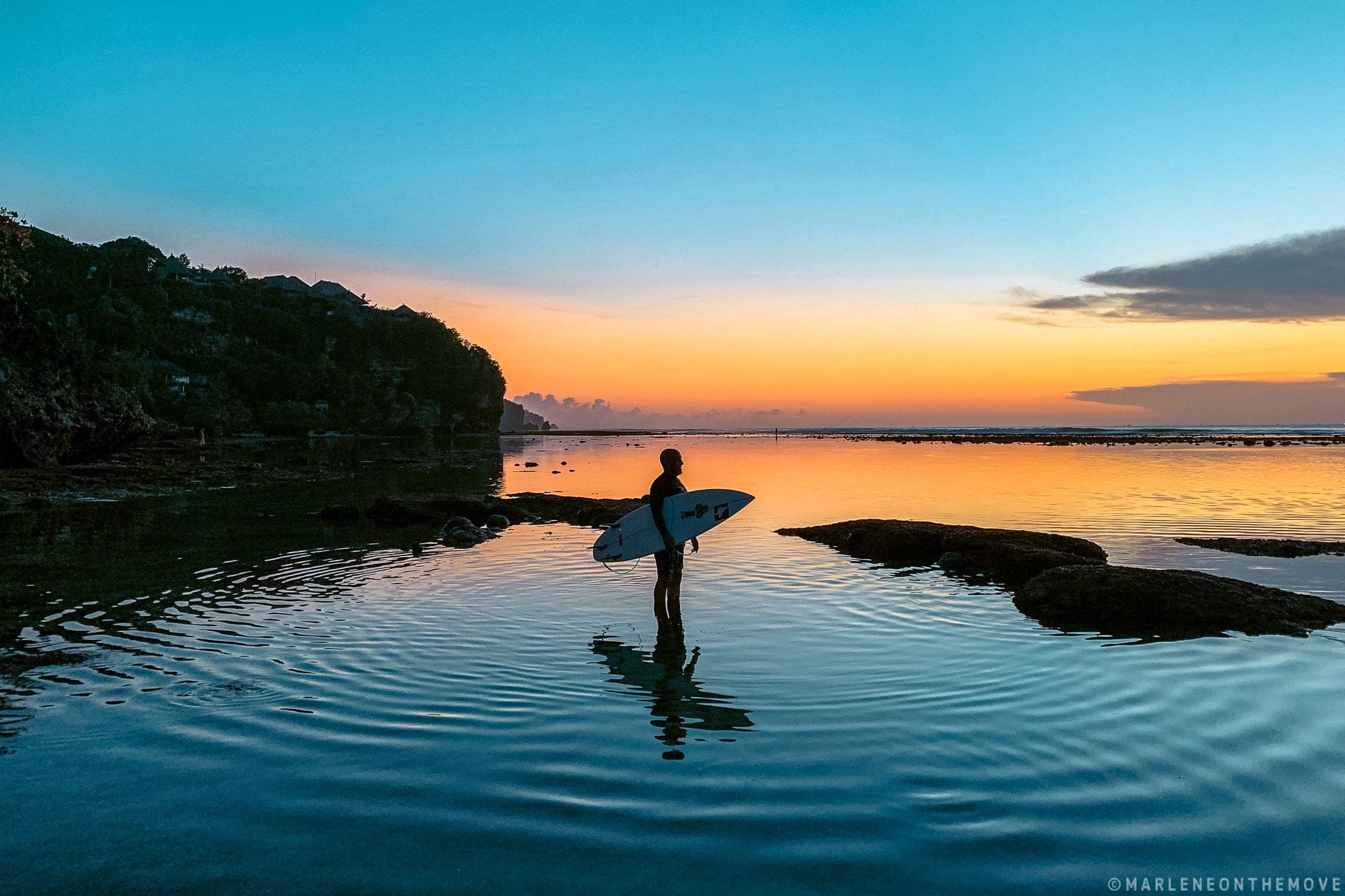