GWK Cultural Park was one of the biggest discoveries of my last trip to Bali. I saw no references to this place anywhere, just got there out of curiosity. And being curious here has worked.

I hadn’t been to Bali for over 10 years, and when I returned this year, I knew that a lot must have changed.

I first noticed something different in the landscape when I was on the beaches of Canggu and saw a giant statue in the Uluwatu area. “What the hell is that?… to be able to see it from here it must be huge!”

Then, on the way between Uluwatu and Kuta, I passed a large entrance to something called GWK. I was getting more and more curious… as Bali is full of golf courses, at first, I thought it would be one of those developments… until I decided to go inside.

Garuda Vishnu Kencana (GWK) Cultural Park occupies a stretch of ​​approximately 60 hectares in the Ungasan area and is a tribute to Hindu culture and Indonesia. 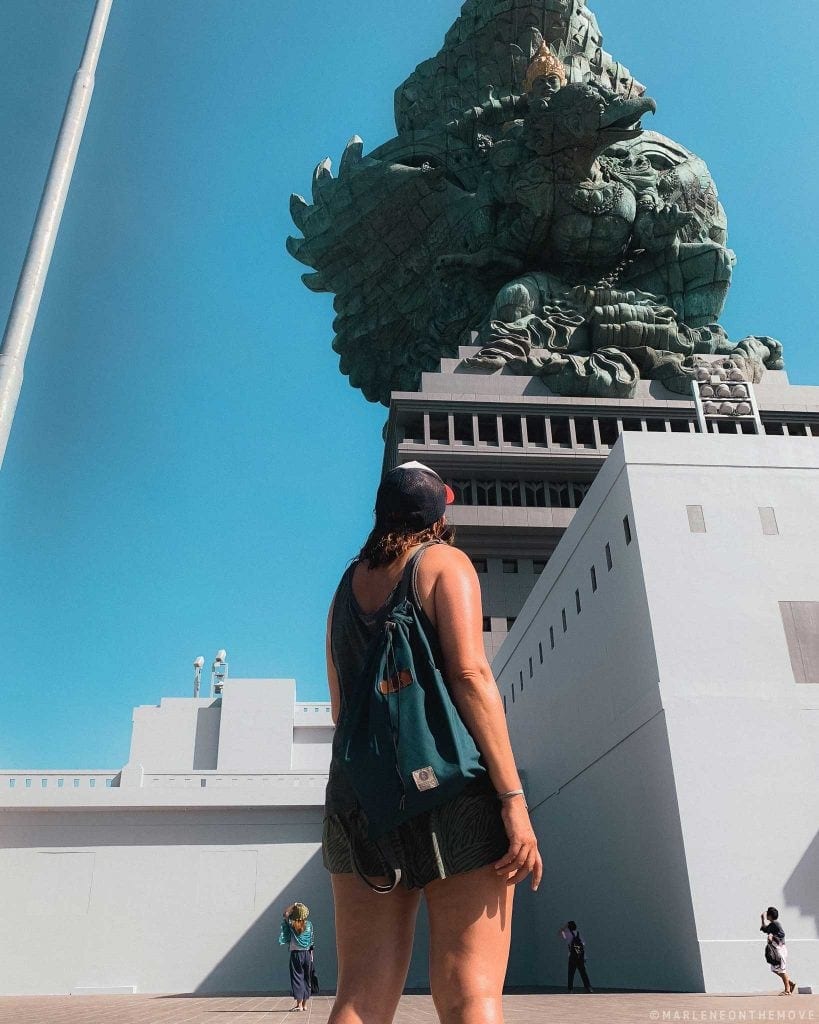 The statue I saw from a great distance is the ex-libris of this place. A depiction of God Vishnu riding his fellow Garuda.

At 121 meters, it is one of the largest monuments in the world! Bigger than the Statue of Liberty (USA), or Ushiku Daibutsu (Japan)!

But GWK Cultural Park is not just the statue of Vishnu and Garuda. Other amazing spaces make this place unique in Indonesia, and a must-see on a visit to Bali.

The entrance to the GWK is, at first glance, a massive group of big blocks of stone. But there is more to see in this initial part of the park.
Engraved on the walls is the story of Garuda’s birth until his connection with the God Vishnu.
The grandiosity of those large blocks of stone begins to impress as soon as we enter.

The Garuda is a national symbol — no wonder it names the local airline company — and one of the leading mythological figures in Indonesia. Half-bird, half-man, Vishnu’s companion represents loyalty, trust, and sacrifice, and is also seen as a symbol of freedom. The statue is amazing!

At the highest part of the grounds, this plaza is marked by a giant statue of Vishnu.
Vishnu is one of the main gods of Hinduism. According to this religion, it is one of the supporting pillars of the universe and, together with Shiva and Brahma, form the sacred trinity.

This is a beautiful water garden where you can see various sculptures, including turtle statues. In Hindu mythology, the tortoise appears as a protector of buildings, and later we will find them in other parts of the park.

Everything at GWK Cultural Park takes on a large dimension, and as we travel through this lot, we do feel tiny. And as if all sculptures and references to Hindu history and Indonesian culture were not enough, Balinese music and dance shows are held daily.

Said and done, get ready to spend a few hours around here. The park is open between 8:00 and 21:00 and, if the weather is scorching — as it is so many days in Bali —, I advise you to visit it in the morning. 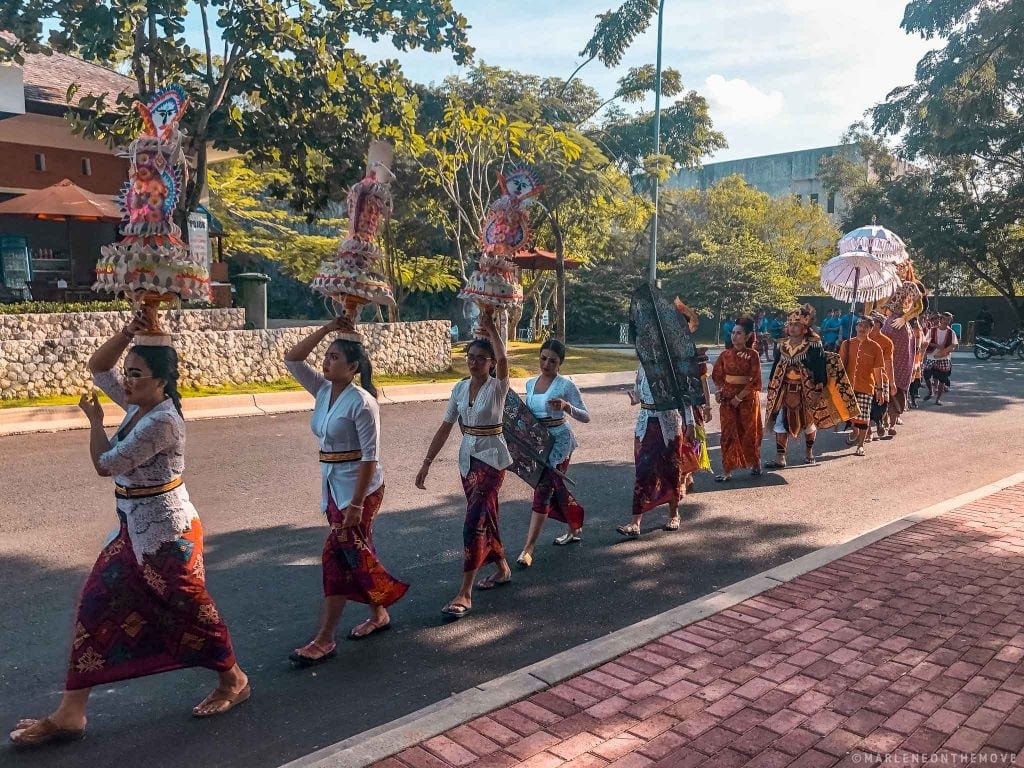 What did you think about GWK Cultural Park? Already knew it or ever heard about it? Share your opinion in the comments box below. 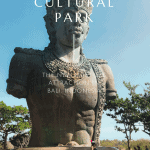 « Boat Trip in Lisbon (For a Sunset Seen From The Tagus)

3 Taverns You Must Visit In Ponte De Lima » 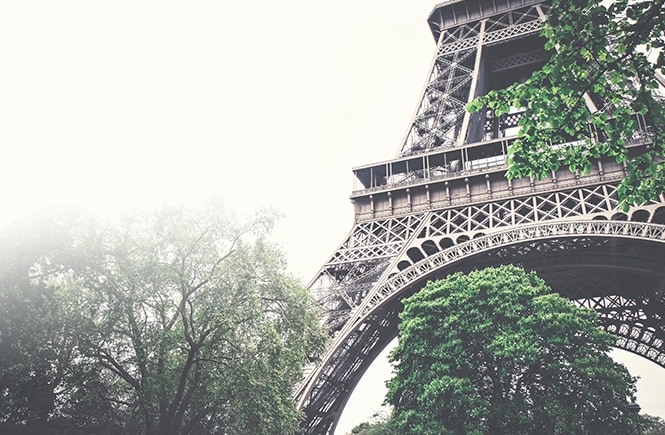