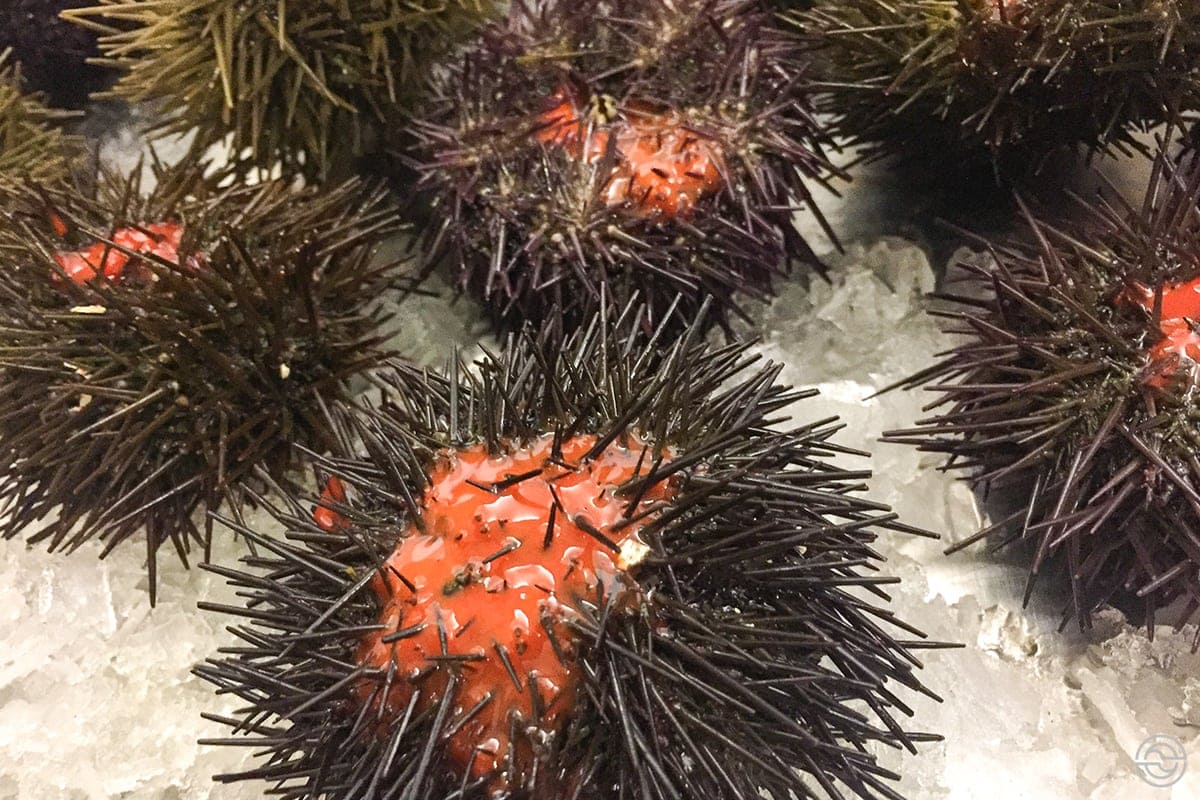 If there is a product that defines Ericeira, in Portugal, is the sea urchin. It’s in the ocean when we surf, it’s in the village’s coat of arms, in the name of the oldest discotheque in the country and, of course, in the dish. Therefore, it’s not surprising that once a year the town receives the International Sea Urchin Festival. 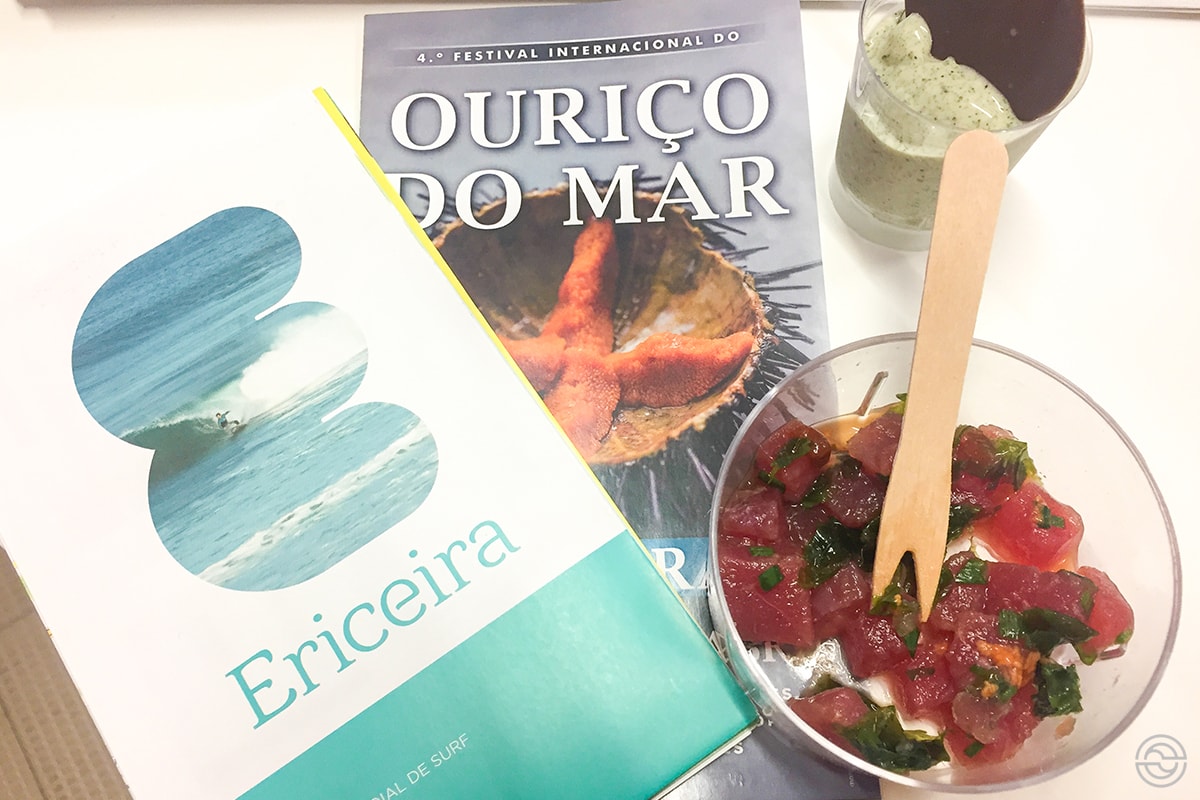 In its 4th edition, the event brought together some renowned chefs who attended the municipal market for show cooking sessions on March 24 and 25. One of these great masters is responsible for the kitchen of the Hotel Memmo Príncipe Real and my friend, Vasco Lello. Of course, I couldn’t miss the opportunity to witness his approach to sea urchin.

Unsurprisingly, the market was full of onlookers who wanted to see and taste the various dishes that were made with the unusual ingredient: the good old sea urchin. And it didn’t leave to be desired. From the raw, the sweet and the cooked and with one or other request to taste it natural. The sea urchin made its way across the palate of the guests. Sometimes in a stronger way, by others in a subliminal style. 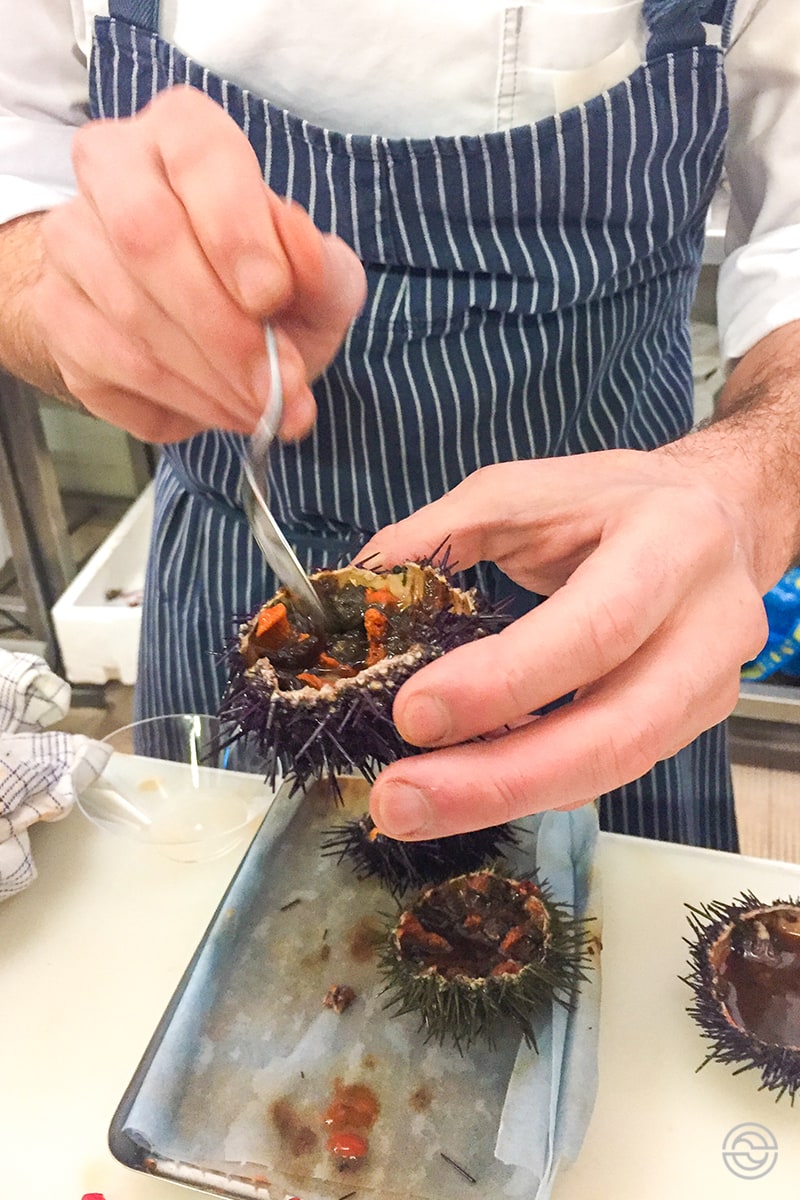 Sea urchins opened at the moment by Chef Vasco Lello. Is there a fresher product?

As for me, incredible as it may seem, I had never tasted it. My approach to the sea urchin had so far been a few spikes stuck in the foot from walking the rocks at the beginning or end of some surfing session. And I have to say that the little bastards are hard to get rid of!

Returning to the Ericeira Municipal Market and the International Sea Urchin Festival, Chef Vasco Lello was accompanied by other experts who showed their own approaches to this maritime product. Chef Marco Martini traveled from Italy to Portugal and Bruno Moreira-Leite, the chef representing  Brazil, came to demonstrate the power of algae and its possible uses in gastronomy. It was from his bench that the seaweed ice creams made with nitrogen and a very special tempura came out. 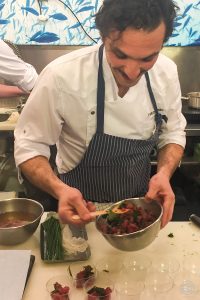 Chef Vasco Lello preparing his approach to the sea urchin 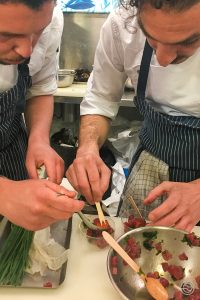 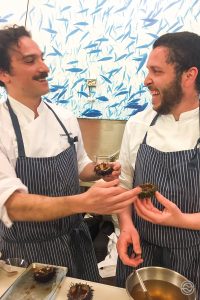 … always with a smile! 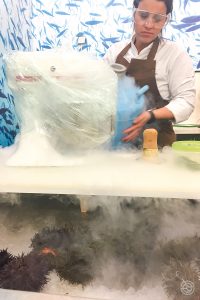 Ice-cream made with nitrogen 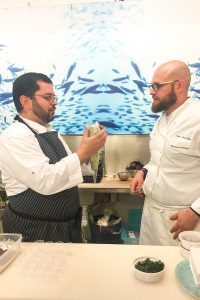 In addition to Chef Lello, Portugal was also very well represented by Emídio Concha de Almeida, Confraria da Caldeirada de Peixe e Camarão de Espinho, and António Cavaco, from the Gastronomes of the Azores. Two great chefs who charmed not only with their preparations but also with their humor and good mood. 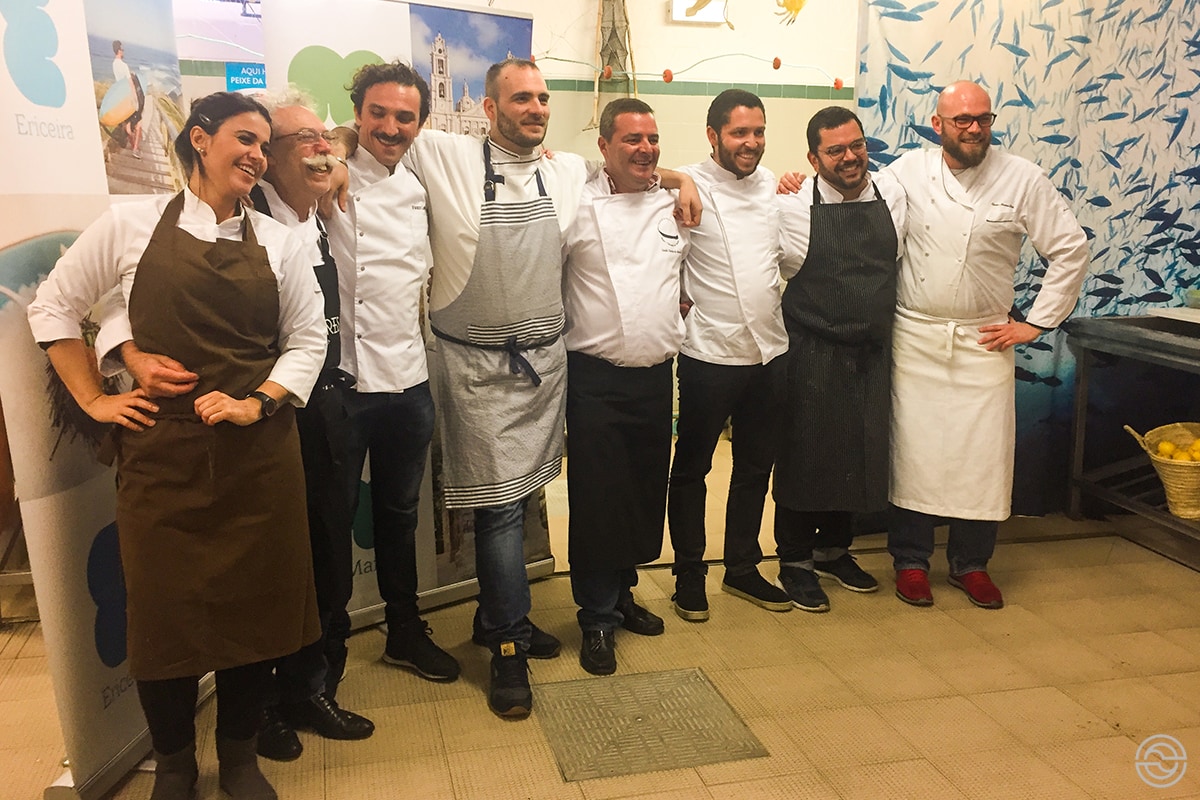 With this group of talents, the sea urchins didn’t had a chance!

This illustrious cast was present on the first day of show cooking, and on Sunday other names took over the fish market. For those who didn’t have the chance to watch it, there are plenty of opportunities to try sea urchins until April 8, as 22 restaurants in Ericeira (two of them in Ribamar) have joined the initiative.

As for the sea urchins and me… I don’t know… I think I’ll have to try it again. The texture was not what I was expecting, but the taste appealed to me. I definitely like them more on the plate than on the skin! What about you? Have you ever tried sea urchin? What’s your opinion about this product? Tell me your experience in the comment box below and if you liked the article, share it! Thanks!! xoxo

« Easter is Here! Find Out The Top Destinations In Europe

All About The Rome City Pass »