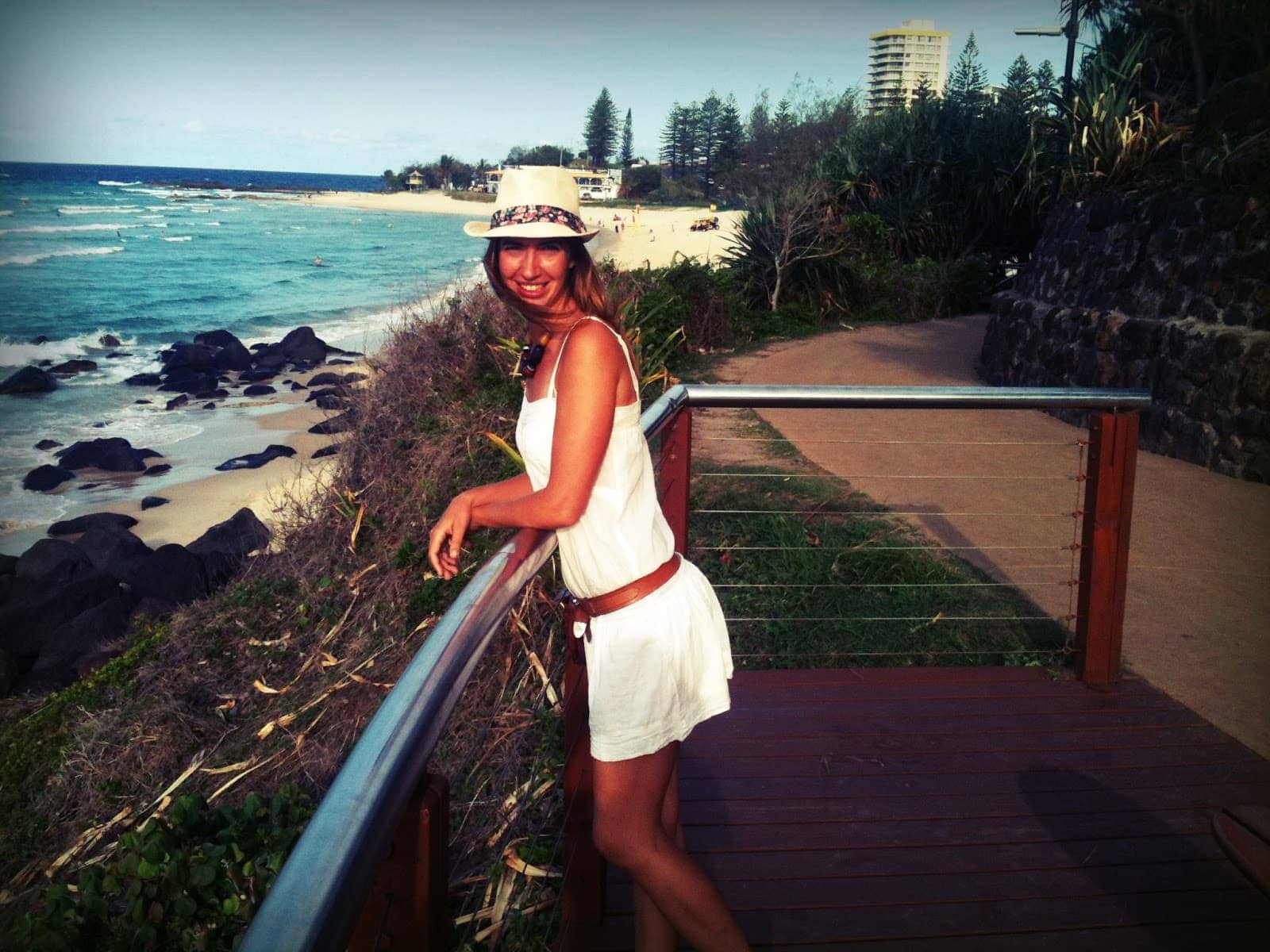 Sofia Machado was a physical education teacher in Lisbon when, on a ferry to Montenegro, she met the love of her life. She followed this love to Australia, where she now lives with her husband and two children (one about to be born).

Everything has changed in the life of this blogger, author of the travel blog Sofia In Australia, but the passion for travel, children and nature continues stronger than ever.

I invited Sofia to share this wave with me and tell us her story.

How did you move from Portugal to Australia? What motivated this decision?

Passion, literally passion! In 2008 I was traveling in Europe and, on a ferry from Italy to Montenegro, I fell in love with a boy “badly smelly and with a dirty hair” (I bet Paul hadn’t shower for days!!).

We traveled together for a while and like in the movies he eventually bought a ticket for the same flight that I was returning to Portugal. We stayed together in Portugal, and since then we have been together.

Paul had sold everything he had to travel around Europe and had no return date or any commitments in Australia. I held a year in Lisbon, but as soon as the school year was over (I was a physical education teacher in Lisbon), I put my hands to work. Made a big garage sale, bought a ticket, packed 20kg of my life and moved to Australia in 2009.

I miss Portugal very much, but going to Australia was one of the best decisions I made. It was a total “reset” of my life. I redefined priorities and established new goals.

Since Paul also had nothing in Australia, we started the two from scratch. First, we lived in a van until we discovered our paradise — Kirra beach — and only then did we rent a house, got a job and so on! It was not easy, but it was worth it! 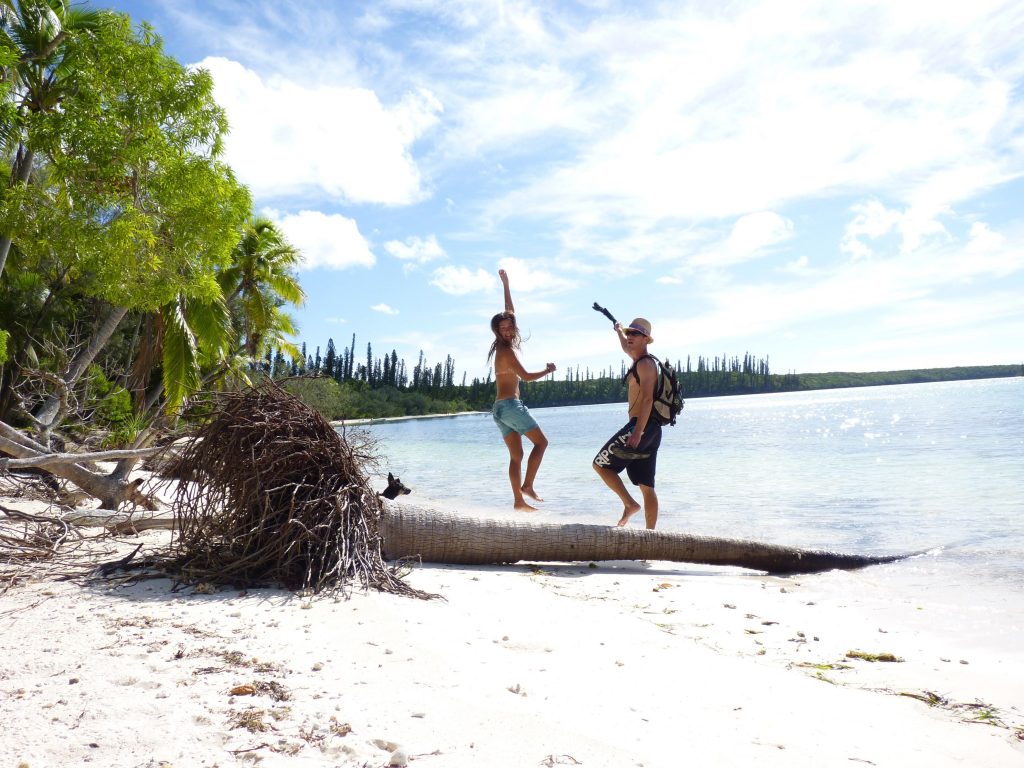 Australia inspires anyone. Because of the varied landscapes, the vastness and the intrinsic connection between people and nature.

I like the relaxed lifestyle, to be able to walk barefoot on the street, in the supermarket, anyway, everywhere.

I like the fact that everyone in this area in Australia talks to you and asks how your day is going. I love the fact that surf conditions are morning news on any radio or television and the enormous community spirit that exists in this Australian region. Here it seems that everything is possible!

Of the 48 countries that you have visited so far, what has impressed you the most and why?

Every country impresses for different reasons. On any trip, near or far, I learn new things.

The trips are all about this. We have time to see, perceive, and think about how different cultures interact, organize, and how they do things in a similar or equal way. We are in constant learning, and this impresses me, makes me change or grow myself as a person. Everyday inspiration comes up!

And the one you’ll never want to go back to? Why?

I don’t have any. I would go back to every country. I believe that our experience in each place changes depending on where we are in life. Our age, with whom we go or whether we go alone, has an impact on our perception of different countries.

What is the destination that you have not yet visited but that’s at the top of your list?

Fiji and Vanuato — have been on my list since 2010, I can’t believe it!!! Bhutan, Iran, and Madagascar have also been on the waiting list for some time! 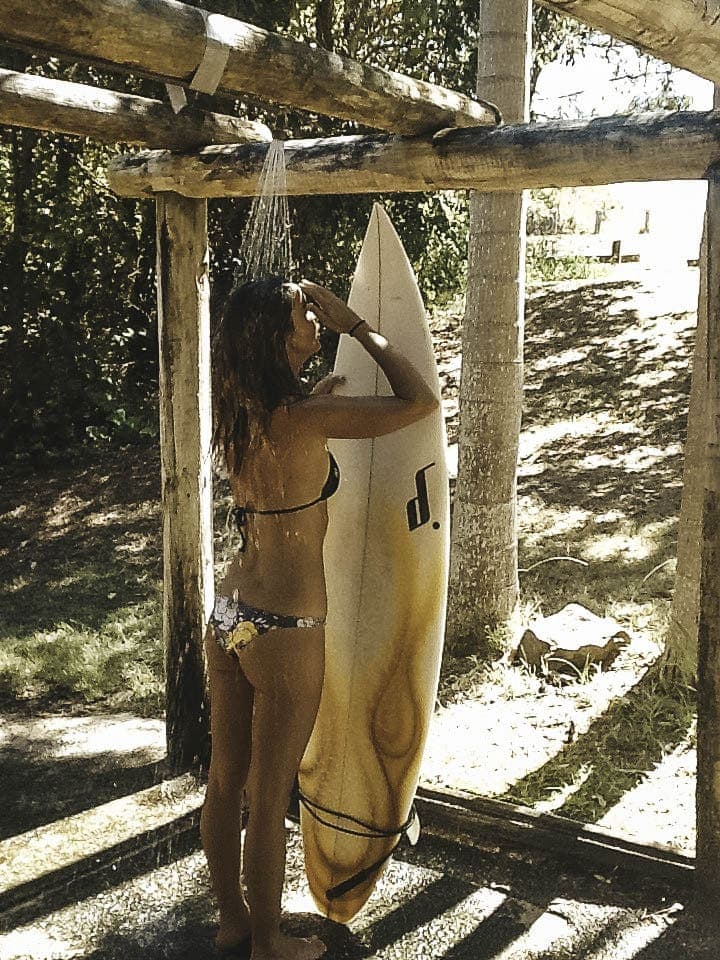 Tell us an unusual situation you experienced during a trip?

Singling out one is hard. I think unusual situations happens on any trip. But here it goes!

On my first trip to Brazil in 2004, I got in the wrong bus. It was 13 unforgettable hours with chickens and two ducks walking in the middle of the bus. When I got to the wrong destination, I realized that in that land (which I don’t even remember the name!!!) there was no accommodation, and the only television was on a pedestal in the main square. I slept in a hammock at some people’s house for two days until another bus appeared. It was unforgettable. Traveling without an agenda or plans has these marvels, we come across different realities and realize how special it is to be part of them, even for two days!

What prompted you to create Sofia in Australia?

It was pure chance. In the first few weeks after I moved here, a friend of mine suggested that I create the Sofia In Australia blog, instead of always sending emails.

I confess that I didn’t know anything about blogs. I knew they existed, but I had no idea that people read blogs.

The blog started roughly to put my family and close friends up to speed with my adventures, but it quickly grew. I began receiving comments and emails asking to write in English, travel tips, among other suggestions.

A lot of people ask me how I have the patience to continue writing after almost ten years of blogging — and I confess, without a doubt, it’s a real pleasure! 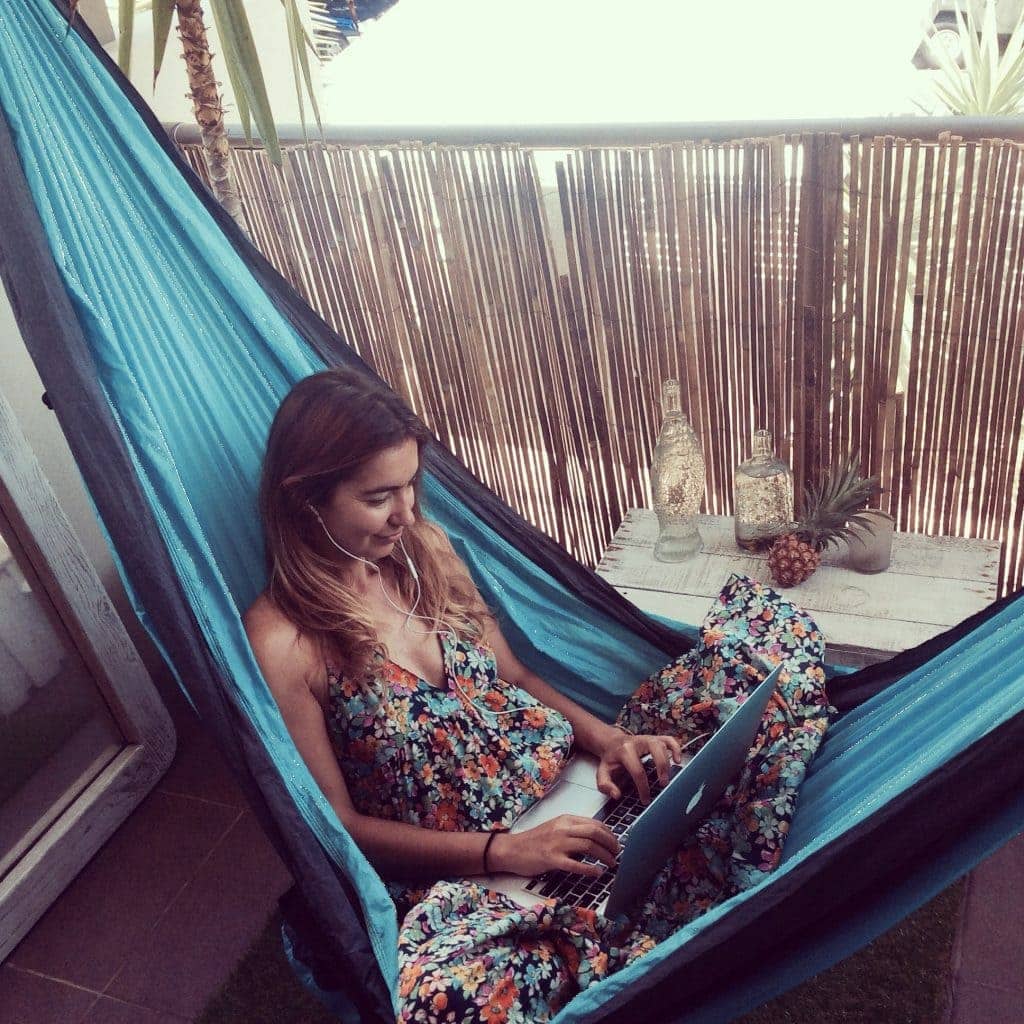 You have a side project in Australia with kids. Tell us a little about what it is and why you decided to do it.

When I came to Australia, I decided to change my career and became a child care educator because children are another of my great passions!

I worked as an educator in ‘normal schools’ but while on maternity leave I began to feel a tremendous urge to create something a little bit different to complement the experience that children had in school up to age five. I wanted to create a program that emphasized independence, a spirit of adventure and discovery, a passion for the environment but, above all else, that saw children as truly capable of making important decisions about things related to their learning. It was then that when I returned ‘to work’ I founded “Nature Explorers,” that is, in direct and straight forward terms, a school of nature, teached in full nature!

The “Nature Explorers” has no walls or rooms, our space is in the outdoors, whether on the beach or in the forest. Children are responsible for their things (all in a backpack), and we travel either on foot or in public buses.

Initially, we started with only eight children… Now we have 124 children with different programs available — “Playgroups” for children between one and three years, “Preschool” between three and five years, and we also have programs for primary schools, and all this already involves nine teachers.

Our success in these two years shows how essential these programs are for the development of the child since the degree of learning is evident after each day of these classes.

Everything change for the better! I’m suspicious because my passions are children and travel! So for me, it’s the perfect match!

When my son Noah was born, I confess that I entered in a little panic with the “remote thought” of not being able to travel more, so I decided to book a plane ticket immediately. We spent a few days in Sydney when Noah did three weeks, slept in a hostel and walked around the city. From there we knew that having children doesn’t stop anyone from traveling. It changes the way we do it, and how we organize things — for the first time I worry about where I’m going to sleep, or if I’m going to have food or transportation… But that’s just the details. I love to understand the places through Noah’s eyes that is only three years old but has many miles on his passport. I love it when we go somewhere, and he recognizes the “Mona Lisa” picture and starts on his ‘bonjour croissant merci!’ When he remembers the big skate park we discovered on our road trip across Australia, in Perth, or when we are at home, and he decides to prepare his next trip and tells us that if we can’t go with him we can leave him at the airport because he already knows how different stopovers work!

I travel a lot. It’s a reality! I go with Paul, Noah (and the baby in the belly), sometimes only with Noah and sometimes just me and the belly. All experiences are different, and I like them all, but I confess that when I don’t have Noah as a travel buddy, I spend most of my time thinking about what it would be like if he were there and what we could have done. 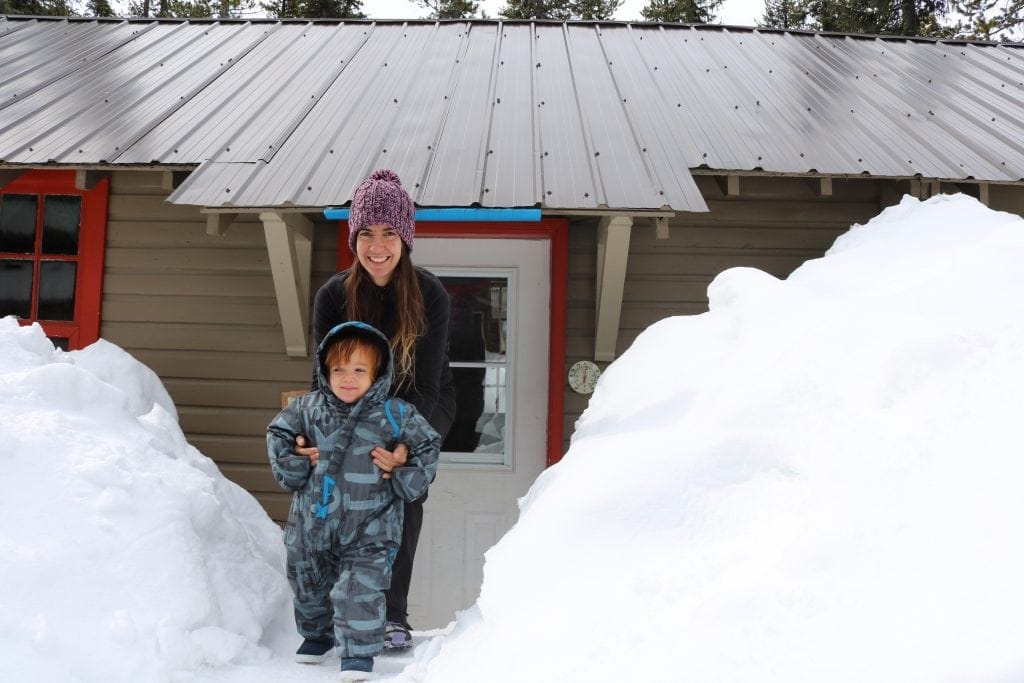 As a traveler, what’s the most significant message you want to convey to your children?

Just go! Travel! Go anywhere, far or near, and appreciate the differences of culture, people, language and countries. Go and write journals because there’s nothing better than reading everything after a few years. Read and reread your adventures and perceptions. Go alone or accompanied. Go and return to tell all the adventures to Mom and Dad!

Where do you see yourself in 5 years?

It’s so hard to predict what’s going to happen. We have plans to put the kids in our beloved “Defender” and travel around Australia for perhaps for a year… We have no date of departure, it may be 2/3 years or who knows in 5 years. Paul thinks we’re still going to live in another country. I don’t think much of it, because I like surprises. Anything can happen!

Drop In with the author of Sofia In Australia 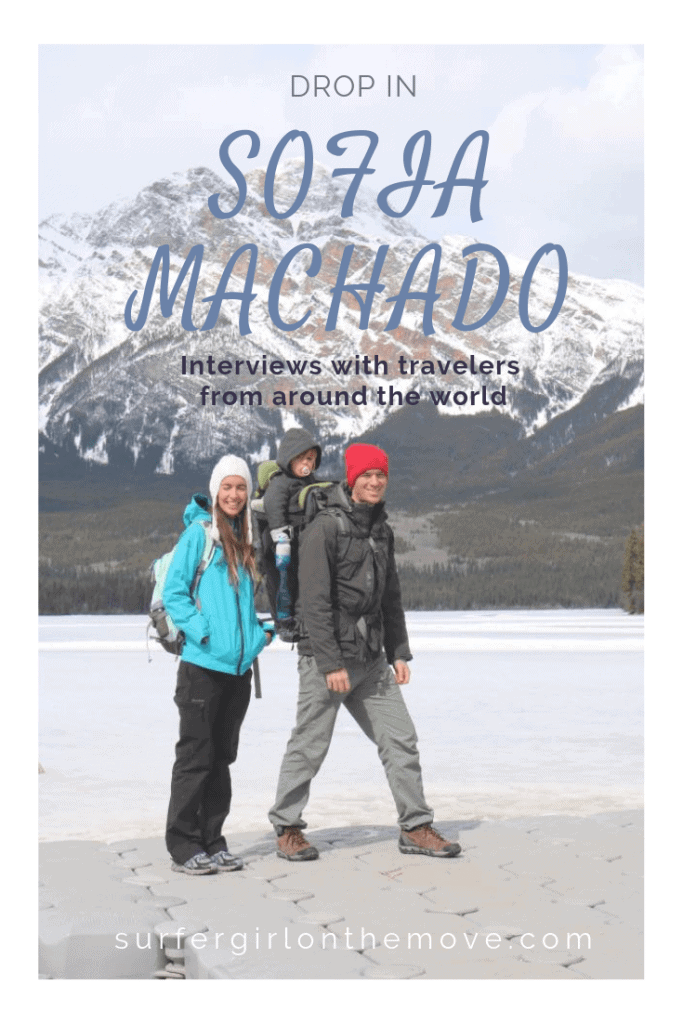 Did you know Sofia na Australia? What did you think of the interview? Share your opinion in the comments box below.

« 6 Places To Visit In March 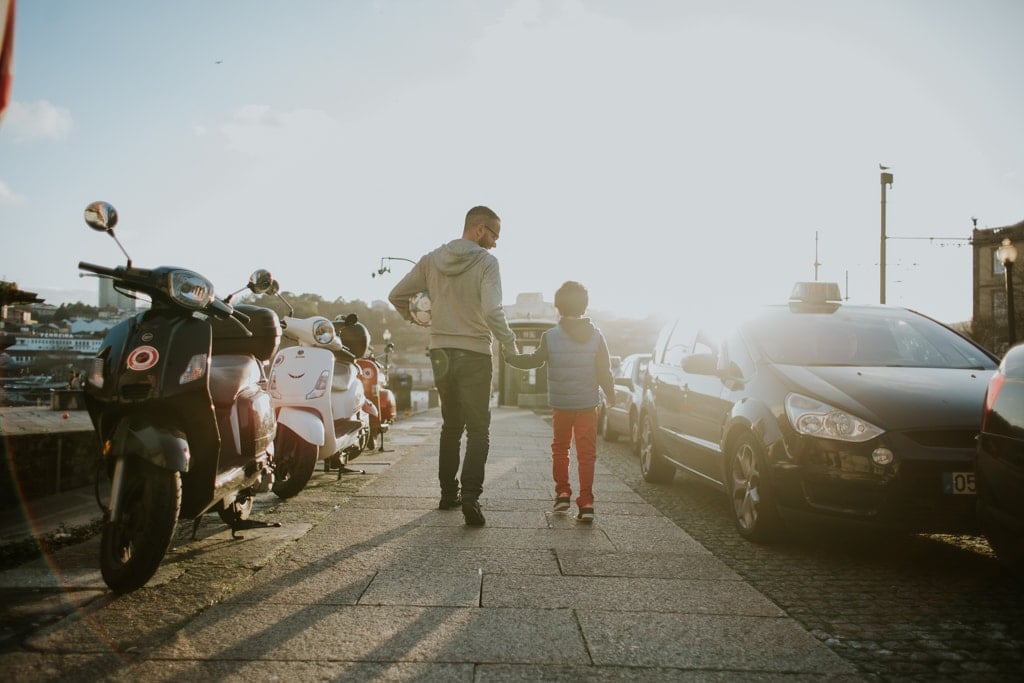