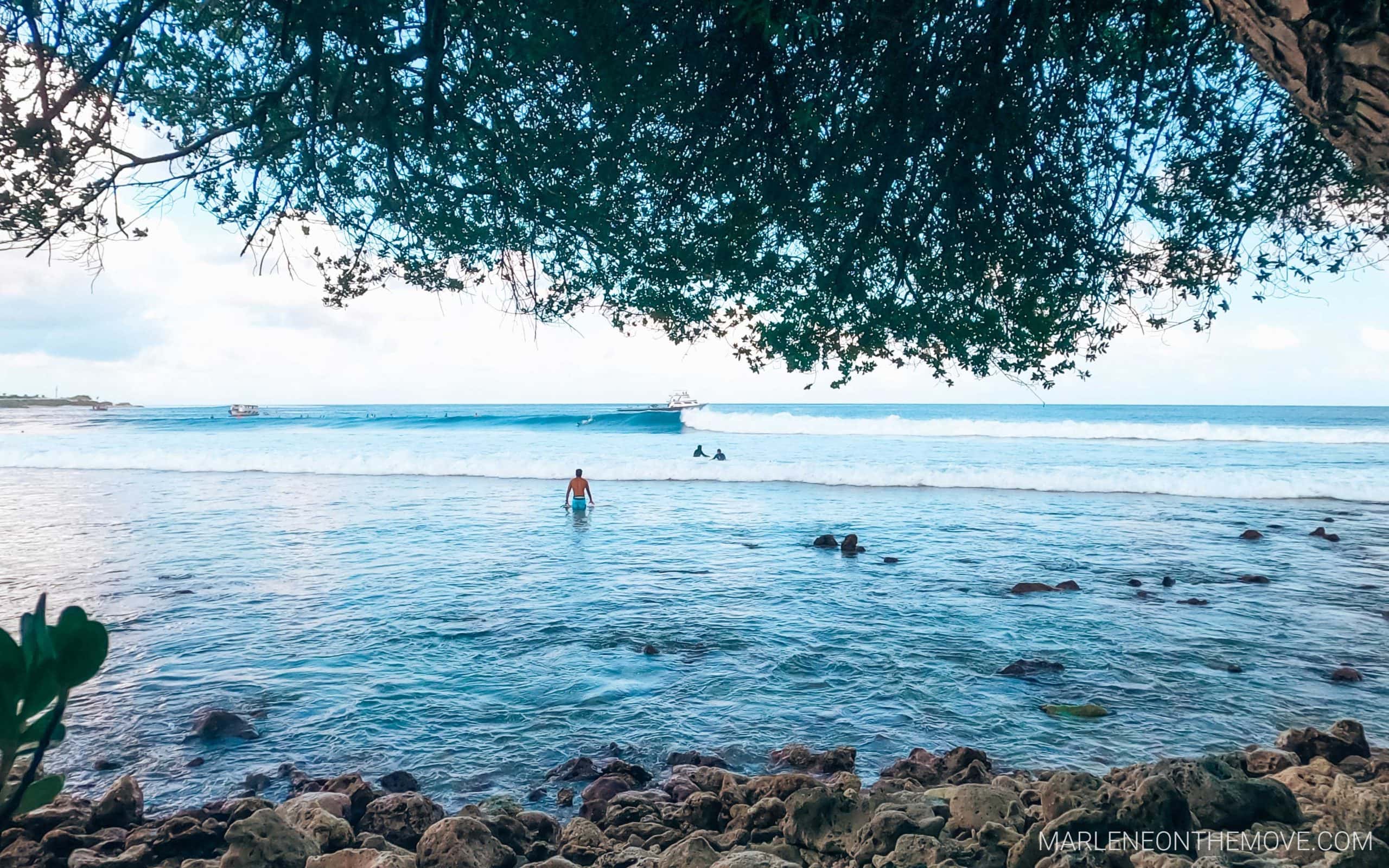 To surf in the Maldives is a dream! Warm and transparent water. Waves for all tastes and levels.

In this post, I will tell you about some of the best waves in this Asian country, so you can plan your perfect surf trip to the Maldives.

Surfing in the Maldives

The Maldives comprises more than 1200 islands, spread over several atolls, which are divided into three major groups: the northern, central and southern. These atolls produce about 50 surf spots… yes, you read that right, 50 surfable waves.

But, as in all countries, not all of them work at all times of the year. Some of them are even rare. But with so many dozens of waves, you have already realized that easily the Maldives can be the perfect destination for a surf trip.

I’m not going to tell you about all of them because I could hardly visit them all on my first trip to the Maldives. So I’ll focus on the leading waves of the northern atolls, which are considered to be the best waves in the Maldives.

7 waves not to miss in the Maldives

Breaking on the island of Thulusdhoo is what is one of the Maldives’ top waves: Cokes.

This fast and tubular right-hander gets its name from the Coca-cola factory on the island and, claiming international fame, is also one of the most sought after waves and therefore crowded.

The bottom is rocky, and the wave breaks are almost always relatively shallow. So here, you must avoid putting your feet on the ground and get to know the Maldivian urchins up close.

The entries and exits are made through a small islet a few meters from the beach in front of the hotels. If you can’t get out through the small island, is to try to pass a rockier area and then paddle across the lagoon right in front.

If you are not staying in Thulusdoo, you can always pay for a boat to get to and from Cokes.

Another wave that gets its name from the history of the island where it is located in Chickens. This is because there used to be a chicken farm on the small island, right next to Thulusdhoo.

Today that farm no longer exists, and the island is now occupied by a large luxury resort. However, to surf Chickens, you don’t have to stay on the island and can arrive by boat. It’s only 10 minutes (if that much) if you go from Thulusdhoo.

As for the wave is a tubular left-hander but, for many, more accessible than Cokes, although if the swell is big, it’s just as tubular and fast.

There are more than one starting point on this break, which means it handles best if the turnout is big… and it often is.

I’ll start by saying that at Sultans, I caught the longest wave of my life! Pure truth.

This wave is famous for that: a right-hander that never ends, that never closes. And if we read many things on the internet that is not always true, I can say that this wave really does live up to its fame.

Sultans is on the island of Thamburudhoo, which I understand is uninhabited, so the way to get there is by boat.

Since it is an excellent wave for more average surfers, it’s very easy for the number of people in the water to be high. But it’s really a matter of luck. You can either hit it with a lot of boats coming in at the same time (and they hardly come with just one or two surfers), or you can catch a time when most of them are leaving.

Located in front of the Maldives National Prison, this wave was off-limits to surfing for years, although some surfers couldn’t resist this incredible right-hander and risked their luck.

Today, Jailbreaks is open to all surfers who arrive by boat.

This incredible wave offers several take-off points, ranging from the simplest and smoothest to slightly stronger and more tubular starts.

You don’t need to be a ninja to surf this wave. In fact, it’s considered one of the easiest in the northern atolls. So much so that it has become one of the favorite spots for Asian surfers… hence the name!

Ninjas isn’t easy to catch working, and you need the swell to be significant in the other waves for this right-hander to work.

In fact, Ninjas is the typical wave that can’t handle big swells, and when the wave gets above shoulder height, it starts to close.

Because it’s a straightforward wave, slow and without great formation, it is usual to find here many longboarders or surfers who are now starting to take their first steps.

I’ll start by saying that I didn’t surf this wave. This is because Pasta Point is an exclusive wave, meaning that you need to stay at the Cinnamon Dhonveli Maldives resort in order to enjoy what is the most famous wave in the Maldives.

But, as I said, only those staying at the resort can have the privilege of surfing it, and the amount of surfers in the water is also controlled by the accommodation that tries to keep a maximum of only 30 people.

As the name implies, Lohis is the famous wave on Lohifushi island… which has since lost that name and is now known as Hudhuranfushi. Confusing, I know. But the one thing you have to retain is that, like Pasta Point, to surf Lohis, you have to stay at the Hudhuranfushi surf resort.

If your budget allows this adventure, you can spend your days surfing a super long left-hander, which is more wind sensitive, although it works with most tides.

Because the resort doesn’t impose a maximum number of surfers (as they do at Pasta Point), you can expect to have more competition in the water.

What’s the best SEASON to surf in the Maldives?

Depending on where you are – North, Central or South – the waves are also influenced by the time of the year.

The monsoon season is a time to avoid because you want to have a good surf trip in the Maldives and not be closed because of floods or other weather-related misfortunes.

So the best time to surf the Maldives is between April and October. This is in the northern atolls since these are what I’m talking about in this post.

My advice is that within that period, aim for April to May or September to October, as in the summer months in the Northern Hemisphere, you may have the most inflated prices.

Ideal surfboard for surfing in the Maldives

It all depends on what you are going for. If you want to surf faster and more tubular waves, like Cokes or Chickens, the ideal is to take between 5’10 to 6’4 (if you’re planning to catch bigger waves).

If you are a beginner or you are going with the intention of surfing more accessible waves, like Ninjas or Sultans, you can bet on 5’10 to 6’1, with more volume, or you can venture out with a longboard.

Last note to remind you that, contrary to what you might think, surfing in the Maldives is not without some dangers associated. Mainly because the waves often breaks fast and over coral.

Thus, I must emphasize the importance of taking travel insurance for a surf trip to this country.

Personally, I use the IATI insurance, specifically the IATI Backpacker, since it covers accidents that may arise from the practice of adventure sports, such as surfing.

If you are interested, please make your insurance reservation through this link or click on the banner to get a 5% discount for being a Marlene On The Move reader. 😉

Still curious about the Maldivian waves? Here’s a closer look!

What did you think of this post? Do you have any questions about surfing in the Maldives? Maybe I can help. Just comment below.

« Maldives on a budget 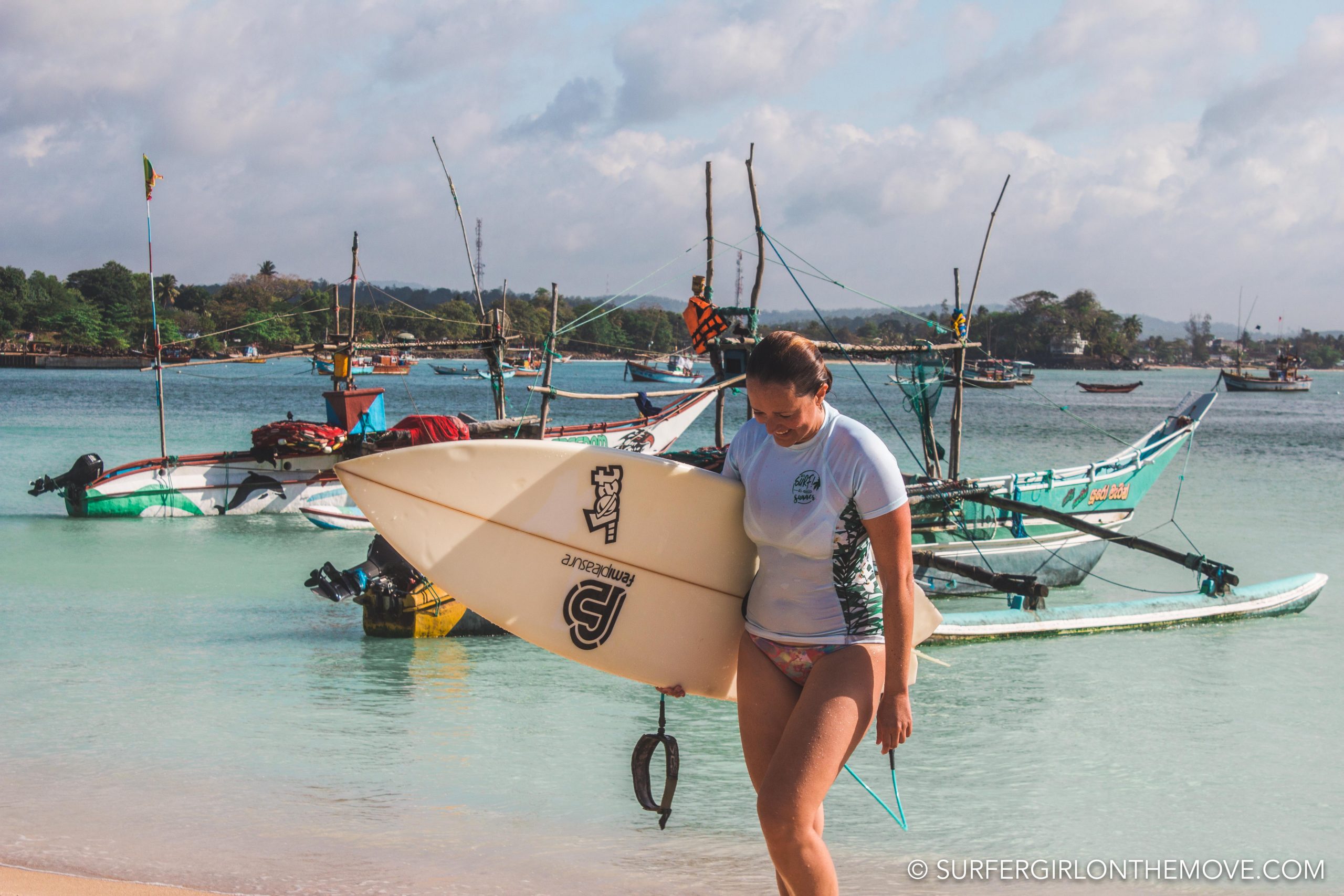 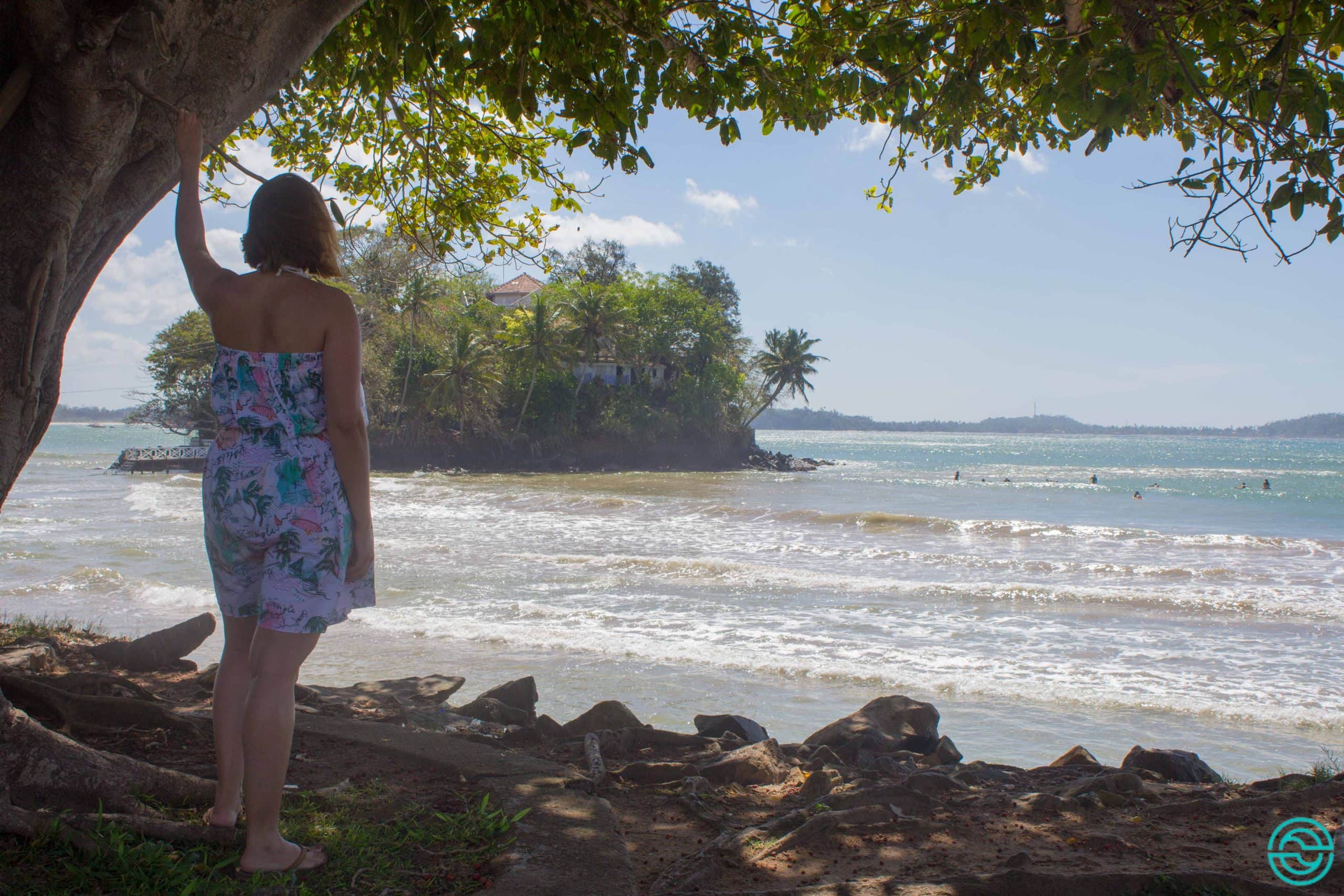 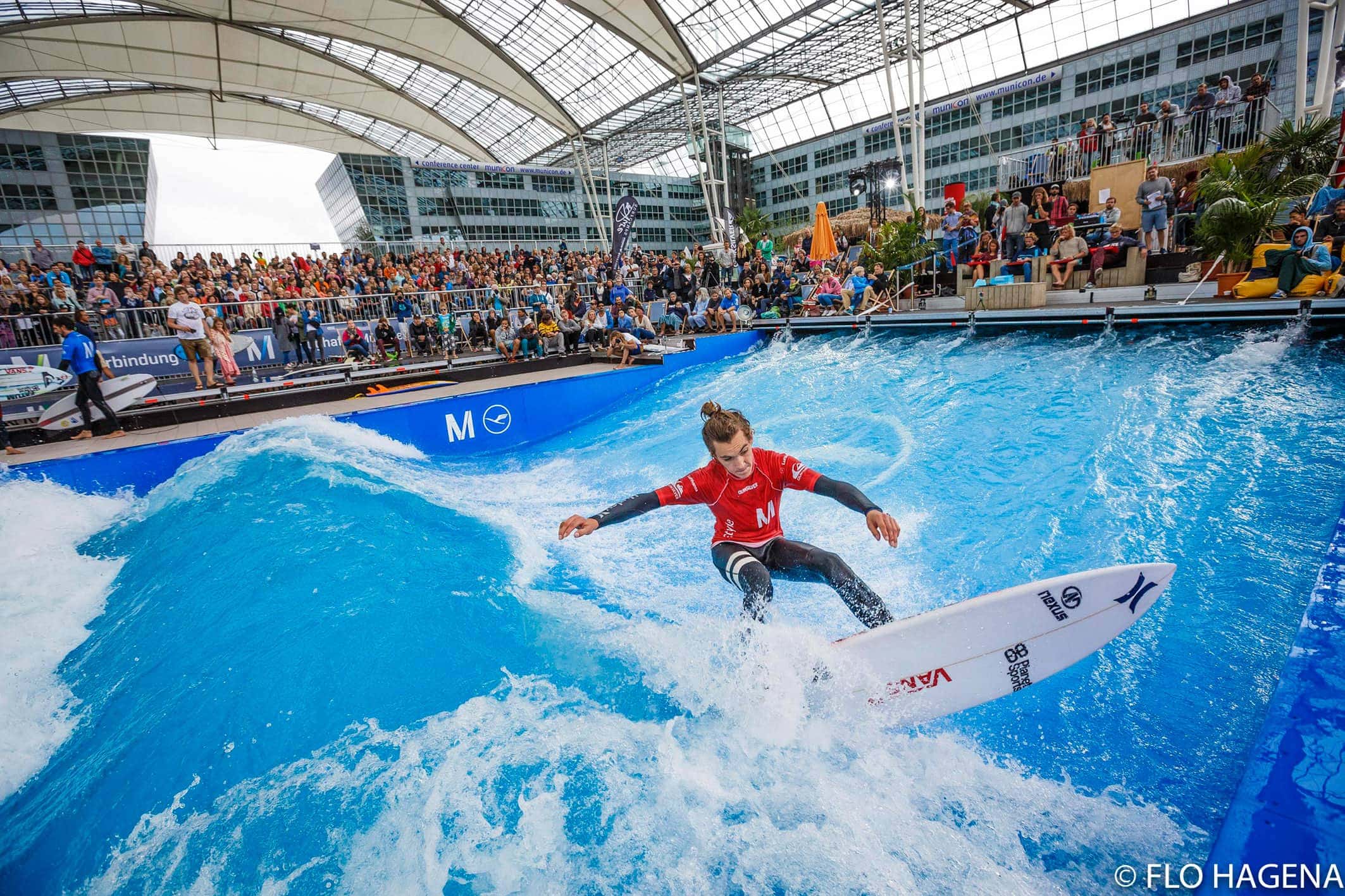